Meet the Board of Sister Cities New Zealand

Please send all enquiries to admin@globalcities.org.nz

Grant Smith is the 29th Mayor of Palmerston North City and is proactive in supporting Sister Cities and global relationships. Palmerston North has Sister City relationships with Guiyang and Kunshan in China, Mihara in Japan, and Missoula in the USA. Grant has had an extensive business background in advertising and marketing, as well as managing multiple international sporting and cultural events, before becoming Mayor.
He has also served on the boards of Te Manawa Museum Trust, The Manawatu Rugby Union, The New Zealand Rugby Museum, Central Squash Association, and New Zealand Squash.
He has championed the international programme Palmerston North city runs, which supports key city sectors of Food Research, International Education, Defence, and Trade.

Ray believes strongly in the Sister Cities philosophy of extending friendship with other countries and celebrating cultural diversity. He is in his second term as Vice-president of Sister Cities New Zealand.
Originally from Scotland, Ray came to New Zealand as a three-year-old, but remains very proud of his Scottish heritage. He has travelled extensively around the world.
Ray has served as a City Councillor and Mayor of Lower Hutt from October 2010-2019. It was his strong sense of service to the community and interest in local democracy that spurred him to stand for public office.
As Mayor for nine years, he strengthened relationships with Lower Hutt’s sister cities of Tempe in the United States, Minoh in Japan, and Taizhou in China . He is also the Chairman of the Hutt Minoh Friendship Trust, and has worked closely with his city’s Multicultural Council. Ray has also been a Justice of the Peace for 26 years.
He and his wife, Linda, a former International Relations Manager, enjoy spending any spare time they have with family and friends.

John is a senior management executive with previous director, CEO, and project manager experience at several high-profile New Zealand organisations. In his role as Director of Enterprise Dunedin, he is also a member of Dunedin City Council’s executive leadership team.
His governance experience includes roles with Otago Polytechnic, Knox and Salmond Colleges, Warbirds Over Wanaka, Diversity Works NZ, and New Zealand Chambers of Commerce. John is the former Chief Executive of the Otago Chamber of Commerce, a role that he held for 20 years. He has been instrumental in the development of Dunedin’s relationship internationally including its sister cities of Shanghai, Otaru, and Edinburgh.

Beth is a passionate advocate for internationalisation and the contribution of vocational education to workforce skills development and regional economic development.  This passion has ensured Beth has been actively involved in supporting sister city relationships in Hawke’s Bay, Wellington, and the Canterbury regions.

As International Director at Ara Institute of Canterbury, Beth has over 30 years of experience in the international education industry. Beth’s career spans the fields of business development, export education marketing and recruitment, internationalisation of tertiary institutions, staff and student exchange, technical and vocational education and training and international education consultancy.  In addition, her work experience spans trade development and international business exchanges.  Previous roles included positions in four tertiary institutions in New Zealand and Trade Director at the Wellington Regional Chamber of Commerce. At a regional and national level, she has been involved in supporting the endeavours of Global Cities New Zealand and brings an extensive network of education and business relationships to the organisation. 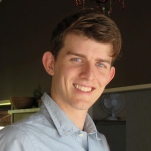 Taylor has an academic background in sister cities, having completed his master’s thesis on sister city relationships shared between Japan and Aotearoa New Zealand. He currently resides in Tāmaki Makaurau and is pursuing a PhD in the field of community development, once again focusing on sister city relationships. Taylor has a strong passion for the “Think Global, Act Local” doctrine and is eager to promote the actions of sister cities and their importance in contemporary society, especially to today’s youth. Taylor also teaches classes in the Japanese, and Social Sciences and Public Policy departments at Auckland University of Technology.

Hiromi was born and raised in Japan.  She visited New Zealand for the first time when she was a young student. It was an enlightening experience that subsequently led to her getting involved in supporting global connections through people-to-people exchanges since 1994 when Wellington/Sakai relationship was formed. Hiromi became a SCNZ Board member in 2008 and has been President since 2012. She believes strongly in collaboration and working collectively with a wider range of organisations, embassies, central/local governments, businesses, communities, and schools. She is also enthusiastic to work with young people – our future leaders.

Hiromi has been appointed as Emeritus President at the AGM held in May 2022. She is a food lover and enjoys tennis, yoga, reading, and movies

Sarah is from Vietnam and came to New Zealand in 2017 to study at IPU New Zealand. In 2020, she graduated with a Bachelor of Contemporary International Studies, majoring in International Relations. In 2018 She joined the Palmy Global Ambassador Programme run by the Palmerston North City Council and became a Youth Ambassador. Her experiences as both a Youth Ambassador and a Vice Chair of the Manawatu Young Chamber have given her many opportunities to learn about International Relations, youth engagement as well as the world around her. 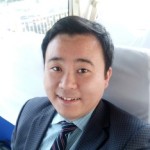 Originally from Sichuan, China, Luke first arrived in Christchurch as a teenager and played 1st XV rugby for Linwood College in his first year in New Zealand. He is an experienced international trade banker, helping established exporters and importers with working capital funding and risk management.

Luke currently serves as an Elected Board Member of the New Zealand Institute of International Affairs, Executive Committee Member of the New Zealand China Council, National Executive of the New Zealand Chinese Association, Official Cultural Advisor for the Hurricanes Super Rugby team, and Chair of Hutt City Council Community Funding Panel. He is also an Elected Board Director of Transparency International New Zealand, chairing the Affiliations Committee and serving on the Audit & Risk Committee. Luke graduated with a Master of Applied Finance from Victoria University of Wellington and is currently studying Te Reo Māori. He is a member of the Institute of Directors, Asia New Zealand Foundation Leadership Network, Rotary Club of Wellington, and has been serving as a Justice of the Peace since 2012. Luke was awarded a Community Service Award by Multicultural New Zealand in 2020, a Long Service Medal by Fire and Emergency New Zealand for his service as a Qualified Volunteer Firefighter and successfully completed the Firefighter Sky Tower Stair Challenge to raise funds for charity in 2018.

Elisha is a Product Manager at Volpara Health during the day, innovating software to assist with early cancer detection. She is also a member of the Asia NZ Foundation’s Leadership Network and previously a recipient of the French Embassy’s Hexagone Scholarship.
Originally from Taiwan, Elisha spent half her life in New Zealand and she has lived in France for six months during her university exchange. Elisha is a firm believer that fostering friendships around the world from a grassroot level is a great way to learn about other cultures. Sister Cities relationships is a way to achieve this. Elisha organised and led the SCNZ’s inaugural Youth Tour to 5 cities in China in 2018.


Caroline is a graphic designer working in marketing, who enjoys sewing, reading, hiking, and her two sausage dogs.
Living in Japan for a year on the JET Programme in 2011 opened her eyes to a different culture and the life-changing personal and professional benefits that come with having that experience. She wants to continue being involved with exchanges between New Zealand and other countries around the world and encourages others to participate. She is also a former President of JET Alumni Association South Island.
Caroline hopes to be able to use various forms of communication to be able to showcase the work of SCNZ with a variety of people; including members as well as those who don’t yet know about SCNZ.